Here’s a recent offering from Matt Bracken.  I think it’s brilliant!  With the Feds getting ready to bust their leadership against their threat to bring ‘the pain’ to the suburbs to, ‘take what is rightfully theirs,’ I hope these shitheads take a warning.  Please.  DO NOT COME TO THE SUBURBS; you’re going to get your ‘feelings’ hurt. 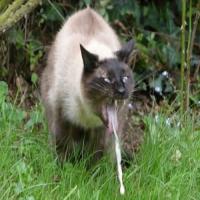 That Would Be Called An “Indicator”

One of the early goals of all Red revolutions is the seizure or destruction of all information distribution outlets.

There is only one truth to the Communist: that day’s party line.

Woe unto those who do not adhere.

While it is a loss, it was a deliberate sacrifice of a player to increase situational awareness.

The Reds are on the move.

The prize is the former United States of America.

The Red cares not about race, except to the extent it can and is used to befog the naive about the Party’s real goals.

WRSA was, first and always, a freedom advocacy site.

Apparently, Aesop has the scoop from Pete, here.

This is what I saw when going over to Pete’s to see what was up:

Anyone know the cause for WordPress to kill his site?

"This is only the beginning of the reckoning. This is only the first sip, the first foretaste of a bitter cup which will be proffered to us year by year unless by a supreme recovery of moral health and martial vigour, we arise again and take our stand for freedom as in the olden time.” - WSC

FOR GOD AND COUNTRY